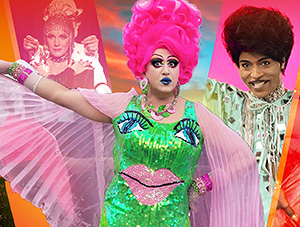 Since the beginning of Hollywood, crossdressers have had their place in film as either a comedic foil or as a threatening monster.

In mainstream movies like Mrs. Doubtfire and Tootsie, the straight men dress up in drag to win hearts or get a fabulous job but rarely do they show the boys dressing as girls just for the fun of it.