FOF # 2881 – Yvie Oddly, the Last Drag Superstar Before the Apocalypse 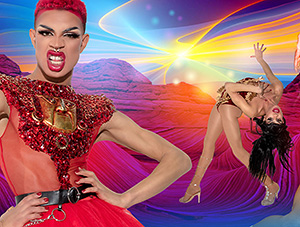 The year 2020 has turned the world of drag upside down and round and round. With the drag world going through contortions it’s oddly fitting that super elastic Yvie Oddly would be the last drag queen before the ‘Rona Pandemic hit to be crowned America’s Next Drag Superstar.

Today the wonderfully weird Yvie Oddly from RuPaul’s Drag Race joins us to talk about doing drag during the times of Rona, the surprising criticism she got from fans and fellow contestants after being crowned and early days of drag.