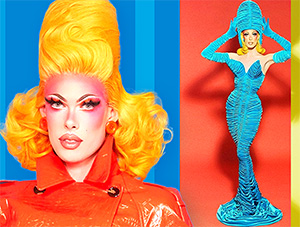 After growing up watching RuPaul’s Drag Race on TV as a teen, Gigi Goode’s dreams came true. Not only did she get cast on the show, she got to showcase her talent all the way to the season finale. Then the pandemic hit and instead of a non stop whirlwind tour of drag, Gigi’s at home on the internet like just all other queens shaking their hips, syncing their lips and hustling for tips.

Today, Gigi Goode from RuPaul’s Drag Race, Season 12 joins us to talk about Voss Event’s Drive ‘N Drag, her first public performance since the pandemic shut everything down and her season of Drag Race wrapped up.