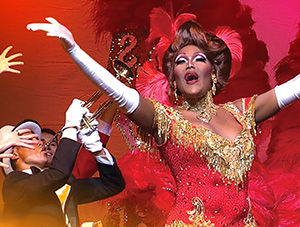 In the world of female impersonation pageants there is no title more coveted than being crowned Miss Continental. The new documentary film, The Queens, looks at the allure of the decades old Miss Continental contest and what it takes to win the one crown that rules them all.

Today, The Queens’ filmmaker, Mark Saxenmeyer, joins us to talk about how the documentary showcases the Continental Pageant system with a behind the scenes look at the run up to the competition and interviews with the legends who run the prestigious contest.