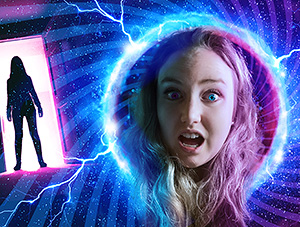 When people think of hypnotism, they often conjure up the idea of a malevolent force like Dracula trying to get them to do their bidding.

But in reality people turn to hypnotism to live better lives, from quitting smoking to forced feminization: the art of transforming yourself into a beautiful creation of your dominatrix’s imagination. It seems like hypnosis could unlock the limitless potential of the mind, but is it possible to go too far?

Today comedian Chelsea Myers joins us to look at all the wild things people turn to hypnotism for help. Besides being a fabulous queer comedian in Chicago, as a teenager Chelsea was hypnotized at a party and wasnt able to break the spell.