FOF #2891 – The Man Who Signed Metallica, Beat AIDS and Took a Bubble Bath with Nina Simone 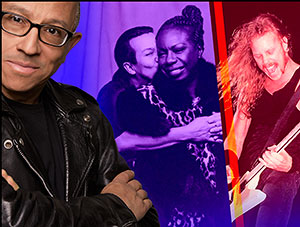 The club scene in New York City in the 80s was an incredible time for live music: Punk, Pop, the second British Invasion, and Heavy Metal bands dominated a scene where people had plenty of free time and lots of great drugs to take it all in.

At the center of this incredible world was Michael Alago, a music superfan who became one of the biggest names in music, despite being a young queer Puerto Rican from Brooklyn.

Today Michael Alago joins us to talk about his new book “I am Michael Alago” where he recounts his amazing life in the music business.