Flower power. Although they never identified as gay or straight, pioneering scientists Alexander Von Humbolt and George Washington Carver both wrote about their love of flowers and men. Also in the image collage is an awesome photo of anthropologist Margaret Mead with a parrot.

It’s no secret that LGBT folks have had a profound influence on the arts but they’ve also had a tremendous effect on scientific discovery even though they often had to hide who they were.

Today, we are joined by science journalist Vincent Gabrielle to explore the lives of extraordinary LGBT scientists who changed the world. 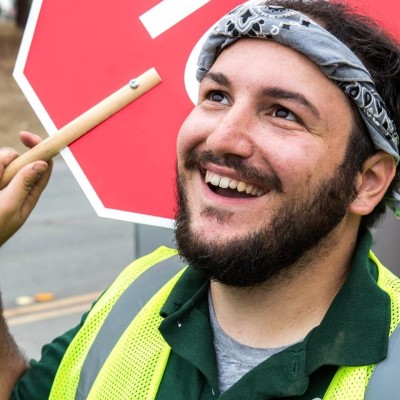 Listen as we take a look at:

Why so many places are named after explorer Alexander Von Humboldt.

How Leonardo Da Vinci almost went to jail for sodomy,

How neuroscientist Ben Barres came out as trans in response to sexism in academia.

This entry was posted on Thursday, January 21st, 2021 at 12:18 am and is filed under Culture & Style, Podcast, Science Facts & Fiction, Writers. You can follow any responses to this entry through the RSS 2.0 feed. You can skip to the end and leave a response. Pinging is currently not allowed.