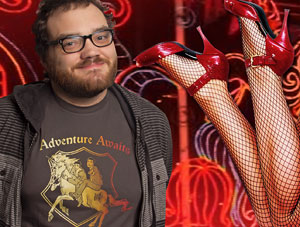 Gay men have a hard time finding sex in a world that’s not always filled with rainbows, so a lot of us have come up with some pretty creative ways to find the sex we want.

Listen as we chat with Brian Sweeney about how to find the women, how to bed the women and how to make love to the women.