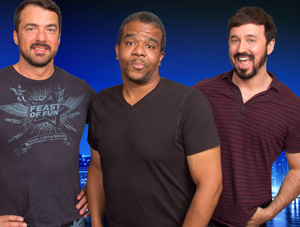 We had such a good time chatting with Richard Pryor Jr., the son of the late great comedian Richard Pryor, that we had to have him back again. We barely scratched the surface the first time.

Today Richard Pryor Jr. joins us to talk about his life in the military, sex on a naval ship and growing up gay as the son of one of the world’s most important and notorious entertainers.