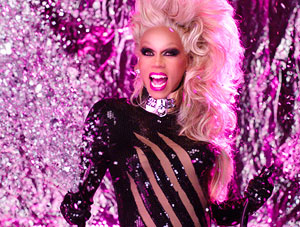 People are up in arms over the “Female or She-Male” clocking contest on RuPaul’s Drag Race, where drag queen contestants were shown cropped pictures of body parts and the contestants had to guess if the photos were of a female celebrity or a drag queen.

Today we take a look at the outrage over RuPaul’s tacky puns, and if there’s any gravi-she to people’s complaints.