FOF #2022 – Magnolia Crawford Puts Her Nose to the Grindstone 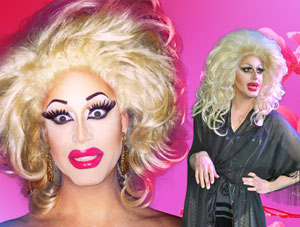 Reynolds Englehart has a nose for strange and kooky characters. He’s best known for his drag-tastic creation, Magnolia Crawford who was kicked off early on the sixth season of RuPaul’s Drag Race.

Unfortunately, Magnolia Crawford was given a bad edit, and made to look like a miserable bitch. She was mercilessly teased for contouring her nose with make-up into a razor sharp point that could definitely cut a bitch if she wanted to.