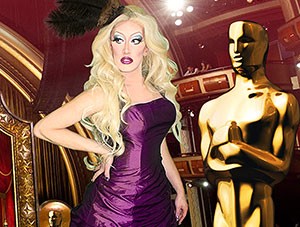 It was a big week for the gays, with RuPaul’s Drag Race premieres popping up all across the land and on Sunday, the Academy Awards. Joining us today is the fabulous Specificity Jones, a Chicago comedy queen who held her own this summer in a showcase in Provincetown hosted by Bianca Del Rio.

Listen as we dish on the Season 7 premiere held here Chicago and the Oscars. It’s off the hook!