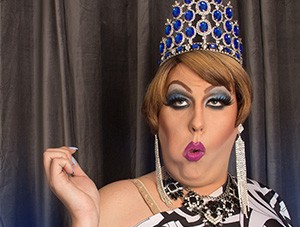 The Imperial Court System is celebrating its fiftieth year raising funds through charity balls where members hang out in royal attire and bestow upon each other really long colorful royal titles.

Today, we’re joined by Diamond Deveraux, who used to be known as the drag step daughter of Teri Yaki, but like Cinderella, she left her evil stepmom in the dust and just got crowned Empress 12 of the Imperial Windy City Court of the Prairie State Empire.