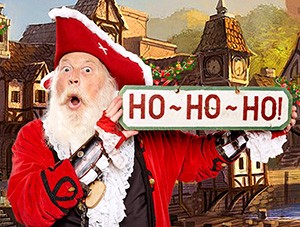 Avast ye mateys! For over 22 years, old salt Karl Ward has been THE Pirate Santa to kids of all ages. In Mexico, where he usually spends his Christmas, he is known as “El Santa Pirata.”

He is the front runner on the new reality TV show Santa’s in the Barn, where ten Santa Clauses battle it out in the “ultimate Christmas competition” to become America’s Best Santa.

Today we’re joined by the Pirate Santa to talk about why we need to embrace the holiday spirit of giving and love now more than ever.