FOF #2700 – Stacy Layne Matthews is the Queen of Henny 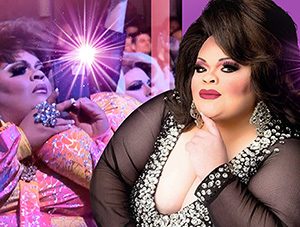 The word “henny” will forever be associated with Stacy Layne Matthews from RuPaul’s Drag Race because she’s so sweet. One of the perennial meme queens, folks still can’t get enough of the image of Stacy Layne sneaking a photo with her cell phone at the taping of the Drag Race finale.

Today the queen of Henny herself, Stacy Layne Matthews joins us to kiki about All Stars 4 and why the toxic fans who attack people on social media may be ruining the show for everyone.