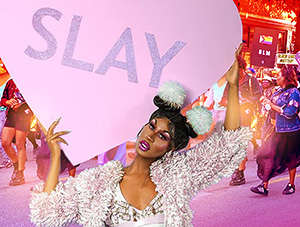 In a landmark decision, the United States Supreme Court ruled that Title VII of the Civil Rights law of 1964 does indeed protect LGBTQ people from workplace discrimination on the basis of sex.

Today we take a look at the momentous Supreme Court Ruling extending employment protections to all LGBTQ people, and Chicago’s Drag March for Change, where thousands gathered to protest systemic racism in the gay neighborhood of Boystown..