FOF # 2877 – Brandon Ash Mohamed is Black, Queer and a Capricorn

We always think of Canada, our neighbor to the north, as an idyllic place where fountains flow with maple syrup, moose roam freely and everyone is happy riding toboggans to work.

But, just like the folks in the US of A, Canada has its own problems with race and police brutality.

Joining us today is comedian Brandon Ash Mohamed, who as far as we know, is the only out gay Black stand up comedian in Canada, to talk about his new comedy album, Capricornication, where he talks about growing up black and gay in the Great White North.

Listen as Brandon chats with us about his Trinidadian roots, the Black Lives Matter protests at the Gay Pride Parade and Brandon’s connection to Toronto’s gay serial killer.

➤ How Liberace fell in love with the sounds of the steel drums of Trindad. 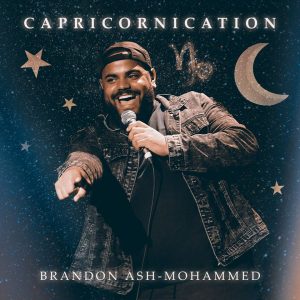 This entry was posted on Wednesday, June 17th, 2020 at 1:39 pm and is filed under Comedians, Podcast. You can follow any responses to this entry through the RSS 2.0 feed. You can skip to the end and leave a response. Pinging is currently not allowed.