Love B. Scott began their career on YouTube making video blogs where they greeted their fans with the now legendary catch phrase “Hey Love Muffins, it’s B. Scott!”

Please enjoy this “Best of Feast of Fun” encore presentation of our podcast with Love B Scott, taped in Los Angeles in 2009.

Everybody loves Love B. Scott. With over 2.3 million channel views, 30 million views of his videos, he’s one of the top 100 most watched people on YouTube of all time– he reaches a larger audience than most televised daily talk shows.

How did he become the person he is today?

B. Scott came all the way from North Carolina to L.A. to work as a realtor and interior designer when his online video blog exploded, quickly turning to a career in entertainment.

He’s about to take another giant leap forward and leverage his success into a syndicated talk show.

Listen as B Scott gives us a behind the scenes look at how he comes up with his sassy videos and infectious catch phrases. Will there be a B Scottpedia to keep track of his sassy slogans like “love muffins,” “Bitch boo bye” and “splendiferous?” 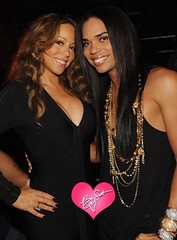 On November 2, B Scott talks in depth with his favorite pop star, Mariah Carey- did the glitter goddess let B Scott touch her rhinestone covered microphone?

B Scott talks about what it’s like to be the object of Jamie Foxx’s affections, the changing face of YouTube and if his evil twin “Hate B Scott” ever gets a hold of him?

Youtube is set to stream the U2 concert live on Sunday. Is live-streaming the future of online video? What does B Scott think the future is of the video sharing site?

Madonna’s upstairs neighbor proclaims “Hey Mrs DJ, turn the music down!” In a complaint filed in the Supreme Court of New York, the pop diva is allegedly rehearsing her dance moves with the volume dial turned up to eleven.

And an Australian man in is caught spying on his roommates with an elaborate system of cameras but the police can’t prosecute because they can’t crack the code to get on his computer.

This entry was posted on Tuesday, March 9th, 2021 at 11:12 pm and is filed under Interviews, Podcast, Video Bloggers. You can follow any responses to this entry through the RSS 2.0 feed. You can skip to the end and leave a response. Pinging is currently not allowed.