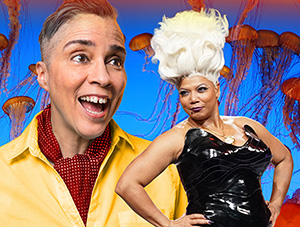 Comedian Robin Williams was so impressed with Marga Gomez that he called her the lesbian Lenny Bruce. It wasn’t long after that Hollywood cast her alongside Queen Latifah as a pair of scientists who dive deep – into the ocean to discover a buried alien spaceship in the film Sphere.