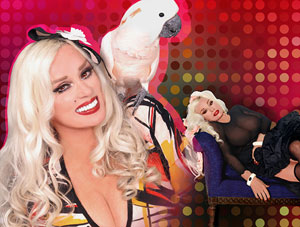 At one point in Hollywood, Mamie Van Doren, along with Marilyn Monroe and Jayne Mansfield, was considered one the most beautiful women on the silver screen.

Today, Mamie Van Doren is as alive and kicking as ever and has a new album “Still a Troublemaker.” Listen as she talks about her amazing life and dating many of Hollywood’s Golden age hunks, and even Henry Kissinger!