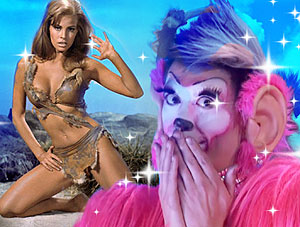 Move over Raquel Welch! There’s a new pre-historic diva making headlines across the world and she’s 997,000 years younger than you. Archaeologists have discovered a 5,000-year-old skeleton which they believe is the remains of a transgender person.

Found in the suburbs of Prague, the male skeleton was found buried in the same manner as women who were laid to rest at that time.