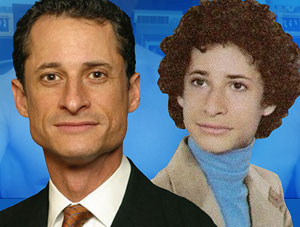 While you were worrying about Weiner’s wang, a whole lot of stuff went down that the nation has mostly ignored. Judge Clarence Thomas accepts a 100k bribe, Net Neutrality is up for grabs and war marches on in the middle east with the number of deaths till piling up.

Can our democracy handle its insatiable hunger for sex scandals?