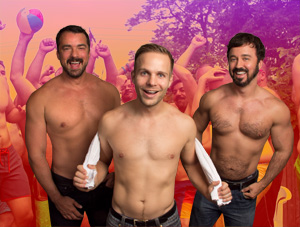 Of all the attempts to capture the elusive gay bears in a song, nobdy’s done a better job of celebrating bears than Tom Goss- who’s fun video is a hit.

Today we’re treated to a live music session with Tom Goss, just him and his guitar playing new songs from his upcoming album, including his new hit, Bears!