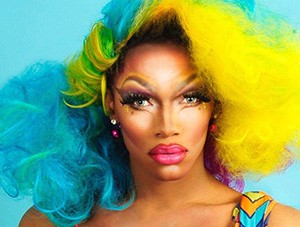 On the final elimination episode, RuPaul stunned audiences as she sent a certain queen home. Many are crying that it was unfair but maybe Mama Ru just didn’t like they way the eliminated queen condoned herself.

Joining us today is Chicago’s fierce dancing queen The Vixen, who calls herself the “sexiest clown in boystown” to chat about the controversial episode and HRC’s dog and pony show.