FOF #2296 – Deadpool Busts The Shit Out of the Box Office 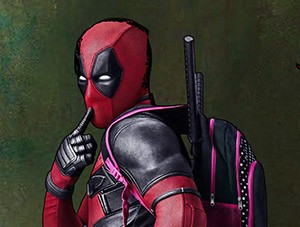 With over $500 million in global sales, Marvel’s box office success with Deadpool has finally shown Hollywood that audiences are snark hungry for a modern pansexual superhero.