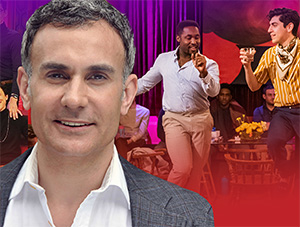 Screen writer Mart Crowley responded to the lack of gay representation in mainstream media by writing “The Boys in the Band” a dark comedy featuring mostly gay actors in ay roles brutally laying it all on the line, from their self loathing and racism to their love and resilience.

Today, Windy City Playhouse’s The Boys in the Band director Carl Menninger joins us take a look at the play and the film, and its influence on popular culture and queer liberation.