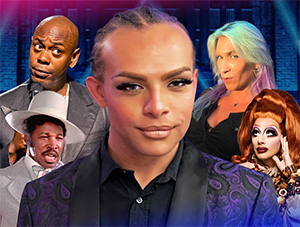 You’ve probably already heard about the controversy or even weighed in on Dave Chappelle’s final comedy special for Netflix, The Closer, where the comedy legend spends most of the hour taking an irreverent and critical look at the collective struggle of LGBTQ folks.

Today comedian Matt Brown, Ms Brown if you’re nasty, joins us to take a look at Dave Chappelle’s comedy special “The Closer” and the surrounding controversy around his comments on LGBTQ plus folks and trans bodies.