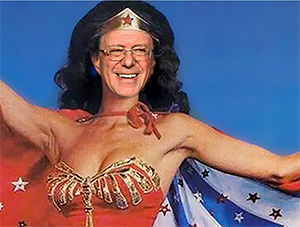 In order to capitalize on the success of the campy TV Batman, ABC television scrambled to put together several pilots of the Wonder Woman comic book, until they struck gold with Mexican American model and dancer Lynda Carter whose on-screen charisma and gorgeous looks cemented the show and helped pave the way for today’s blockbuster films and television shows.

Today we take a look at the campy 1970s TV show Wonder Woman and Super Tuesday.