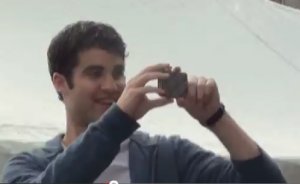 The Chicagoist described the flash mob that formed by the Darren Criss street team as the “World’s Saddest Flash Mob.” And Darren’s fans are none too pleased. How sad does the flash mob seem to […]