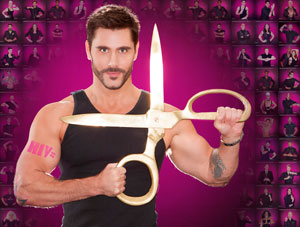 Fashion and HIV icon Jack Mackenroth has teamed up with photographer Thomas Evans to create HIV Equal- a photography based social media campaign that invites everyone to get tested for HIV during a photo shoot where they pose NOH8 style with the words “Hiv =” on their bodies.

Today the HIV-fabulous Jack Mackenroth joins us to talk about life after Project Runway, gay men in the Olympics and Gay Games and all the fabulous people associated with the new awareness campaign.