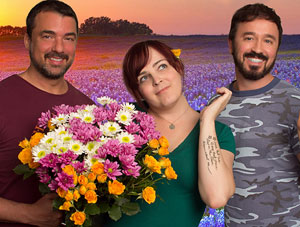 When we said this year would a whopper for trans rights, we weren’t kidding. President Obama announced an executive order extending employment protections to federal employees on the basis of gender identity.

Joining us today is Parker Marie Molloy, who writes about LGBT news for the Advocate, the New York Times and Rolling Stone. Parker was recently granted the 30 Under 30 award at a public ceremony where she proudly announced to the bewilderment of the crowd that she had a penis.