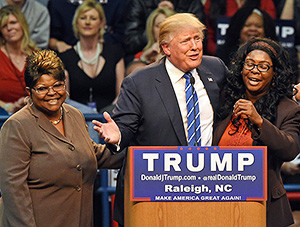 According to some political experts, this year’s U.S. Presidential race will be a close one, and If the election was held today, Donald Trump would win. Now Trump is undoubtedly one of the most bizarre and arrogant people to ever to run for the top office, so it’s no wonder that his fans are just as colorful and demented as he is.

Today, we’re taking a look at Donald Trump’s most outrageous supporters, people who say they love the idea of Trump as President even though they’d probably suffer tremendously under the rule of his tiny iron fist.