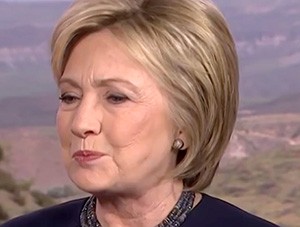 The Reagan presidency is considered a colossal failure by people familiar with the crisis because the Reagans never dealt with the plague until hundreds of thousands of people had already died.

Why did Hillary Clinton think it would be a good idea to credit the worst President and First Lady when it came to AIDS? Today we take a look at Hillary Clinton’s “misspeak” and gay folks’ reaction to it.