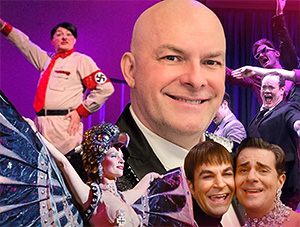 For as gay as the musicals on the Great White Way are, Broadway characters and their relationships are disturbingly straight. So when we get a character that openly queer, we celebrate it, even if it’s Hitler.

Today we celebrate the 20th anniversary of the Tony Tony Tony award-winning “Mel Brooks’ The Producers” on Broadway with actor John B Boss, who has played the fierce drag queen gay Hitler in over 230 shows including the official touring production.