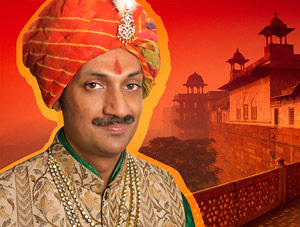 In 2006, Prince Manvendra, the 39th direct descendant in the 651-year dynasty of Rajpipla, a princely state in Western India, made headlines around the world when he became the first Indian royal to come out as gay.

One of Oprah’s favorite guests, Prince Manvendra, is now a gay rights leader, a health advocate and publisher of a new gay magazine called “Fun.”