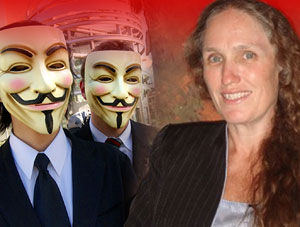 One of the most controversial guests we’ve ever had is Shirley Phelps-Roeper, the spokesperson for Westboro Baptist Church, best known for picketing funerals with signs like “God Hates F*gs.” A new battle exploding on several fronts for her church- one, a huge fight with Anonymous, a group of internet freedom fighters and another fight with the U.S. Supreme Court.