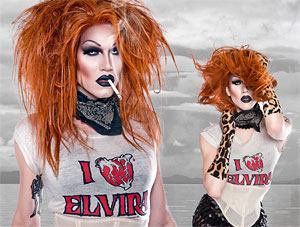 We’re not sure where the rumors of Sharon Needle’s career dying are coming from, but so far, nobody from RuPaul’s Drag Race been able to touch Sharon’s rock star quality and match the passion of her die-hard fans.

Sharon recently tore Texas apart with her sold out shows at SXSW music festival featuring a Lou Reed tribute and got to hang with Deborah Harry and Cee Lo Green. It’s hard to kill a good witch.