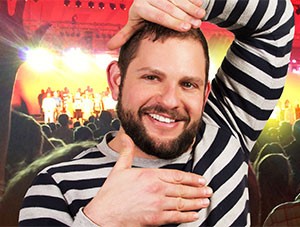 As crazy as it sounds, in the mid 1960s, the right wing group Moral Re-Armament created Up with People,

The Madonna Bar Mitzvah voguing boy, Shaun Sperling, returns to tell us about his life in a musical cult- Up with People, which aimed to bridge cultures through song and dance. But in reality, it was a conservative effort to thwart liberal youth movements in the 60s.