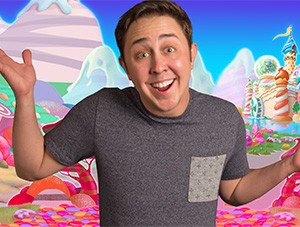 Before becoming one of America’s top comedians, Jeffrey Jay came out as trans at the CIA, not the waterboarding organization but the Culinary Institute of America where he studied confectionary arts.

Listen as Jeffrey talks about dressing up in drag for Halloween to confuse people, his obsession with cooking competition TV shows and why he wants Cooking with Drag queens to not only survive, but to thrive.