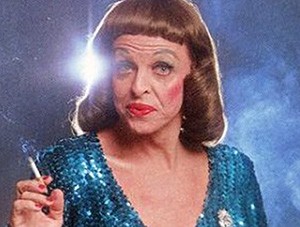 Long before people lined up to meet the reality TV stars from RuPaul’s Drag Race, comedian Charles Pierce packed the clubs from the 1960s to the 90s with his outrageous send ups of Hollywood’s Golden Age divas.

Today we’re joined by actor Kirk Fredrick, whose new book “Write That Down! The Comedy of Male Actress Charles Pierce,” details his work as a producer, stage manager, and dresser to Pierce for over 20 years.