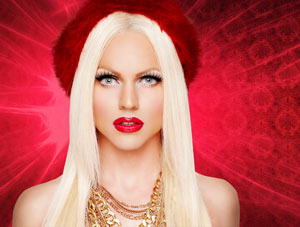 Australian’s love drag queens and have contributed to many great moments in drag. Today we’re thrilled to have in the home studio Australia’s favorite drag queen Courtney Act.

Listen as we talk with Courtney about her wildly diverse sex life, her pragmatic approach to gender expression and which queens from RuPaul’s Drag Race really got on her nerves. Will Courtney Act be America’s Next Drag Superstar?