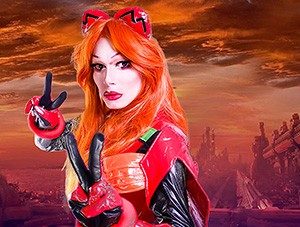 Today, one of Chicago’s drag and cosplaying sensations, Fox E. Kim, joins us to dish on the ever growing cosplay scene, brolitas, bronies, furries and sexy anime queens.