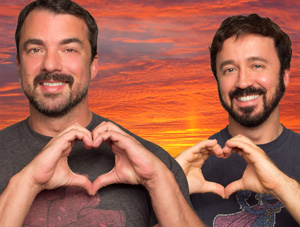 As if we hadn’t heard already every angle to the heated debate over language, slang and slur words, over Memorial Day weekend the Internet was ablaze again, with many transgender writers and drag queens fighting over RuPaul’s recent tweets. It’s enough to drive a girl mad!

Is it possible to have a peace treaty in the war of the words?