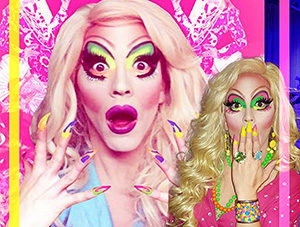 Even though folks have been crossdressing for entertainment since the dawn of time, the rise of the modern drag queen can be traced back to a some relatively recent events and a few key artists.

Today, queer educator, doctor of drag Lady J Martinez O’Neal Davenport joins us to take a look at the rise of the modern drag queen, from Holly Woodlawn to David Bowie’s Ziggy Stardust persona to RuPaul who made her-story by being the first drag queen to get signed by a major record label.