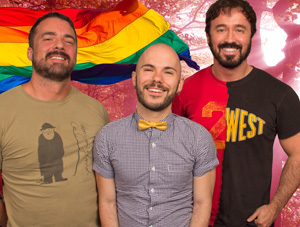 In response to the Russian government’s horrific crackdown on it’s LGBT people, activists are asking bars across the world to boycott Russian made vodka.

Joining us is blogger Nico Lang who has plenty to say about the impending Russian Vodka War, the whole vodka marketing racket and all the sizzling hot news–